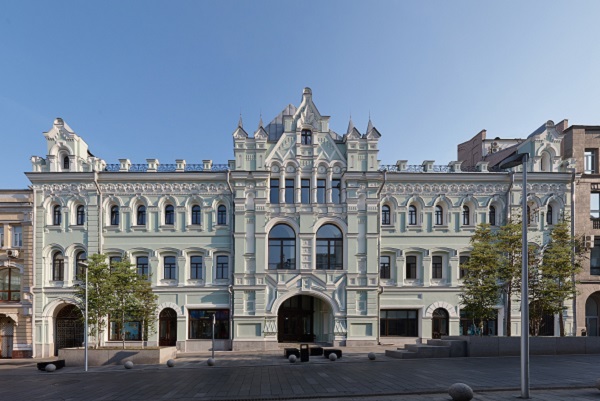 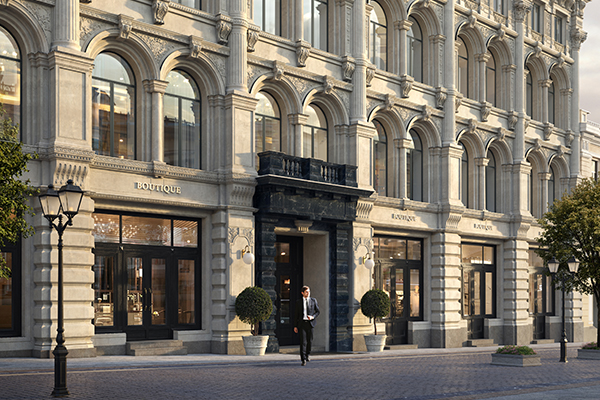 A stately old house with distinguished charm in every detail becomes more than just a modern, high-tech club house with de luxe apartments and a shopping gallery; it proudly bears the name of Lalique.

Thanks to the diversity of the French brand’s creations — furniture, plumbing, lighting, decor items, art objects, perfumery, jewelry, wine — the house will fully embody the Lalique lifestyle, fragrance and flavor, refined and sophisticated to the last detail.

Film about the project
by Lalique 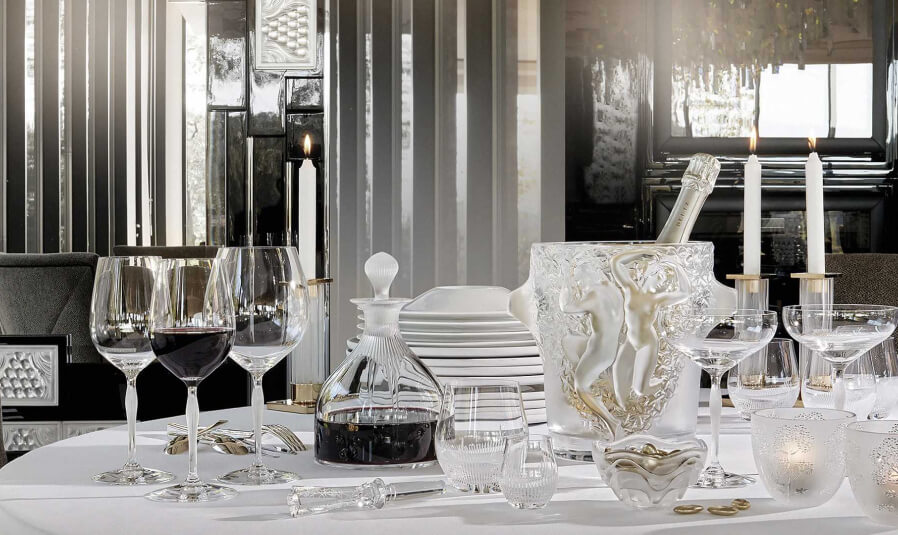 Lalique crystal products will be used to decorate entrances, elevators, stairways, galleries of residential floors, and bathrooms in the apartments. Many components have been crafted specifically for this house. The interiors will be designed in the Art Nouveau and Art Deco style. The entrances, lobbies, stairways and elevators in each of the three sections of the apartments differ in their conceptual design, yet retain similar stylistic features. Crystal chandeliers, lamps and sconces showcase the art of light, at which Lalique is unbeatable, creating a play of light-and-shadow and setting a unique atmosphere. HERITAGE
The entrance group
The Kuznetsky Most Street entrance
A feminine beauty
and a mysterious muse
17 apartments in the section, including 2 penthouses 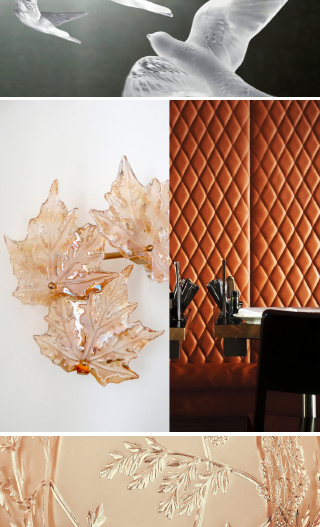 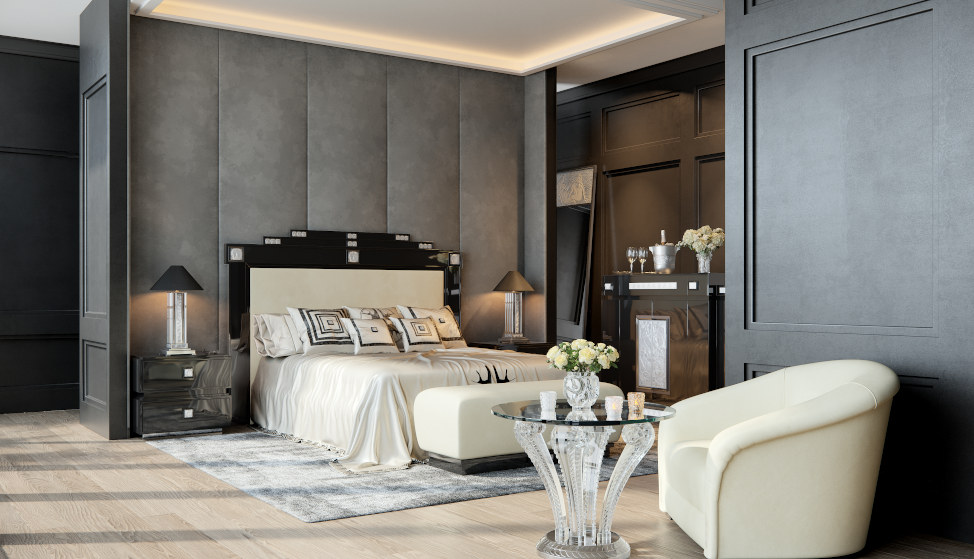 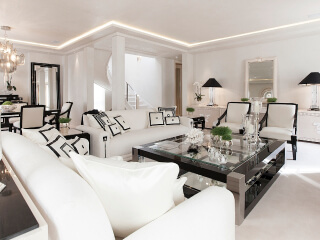 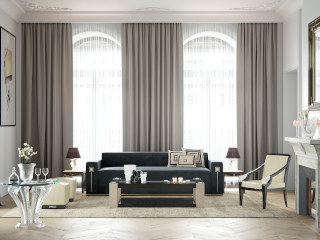 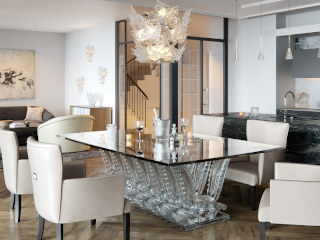 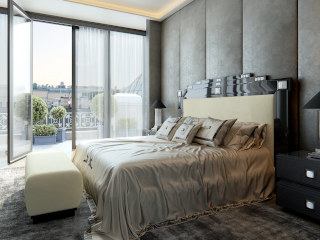 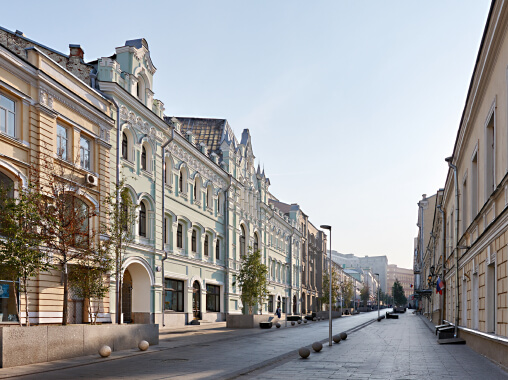 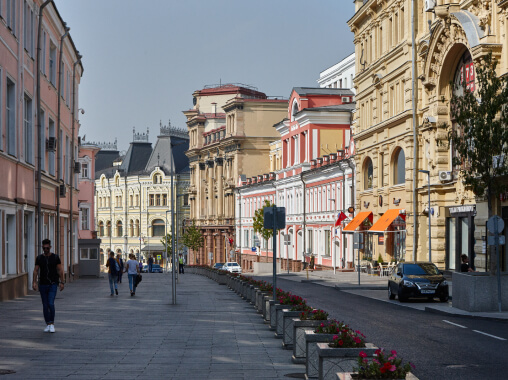 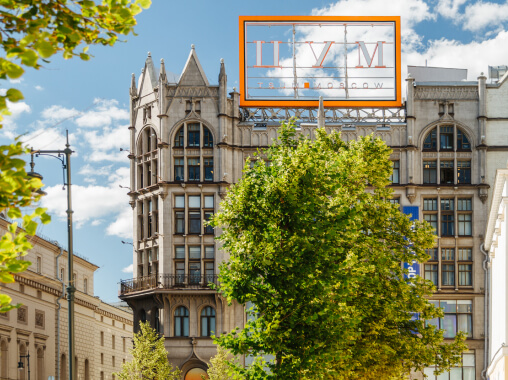 The house gives a new feeling of a well-known city, it presents the owners with the true Moscow.
Popov Passage

Traditionally, the Neglinnaya River and the white-stone bridge across it have been a residential area of the aristocracy. In the 19th century, businesses moved in, turning Kuznetsky Most into the main shopping street in Moscow and the most fashionable address of the old capital.

Since 1870, the building has housed fur shops, a jewelry store, a bookshop, and a photo studio. The upper floors were occupied by residential apartments, where professors of the Moscow Conservatory, musicians, singers of the Bolshoi and artists of the Maly theaters lived. The passage, built in the 1870s by merchant Popov, consolidated the reputation of this location, which became, according to Pylaev’s apt expression, "the most aristocratic place in Moscow." 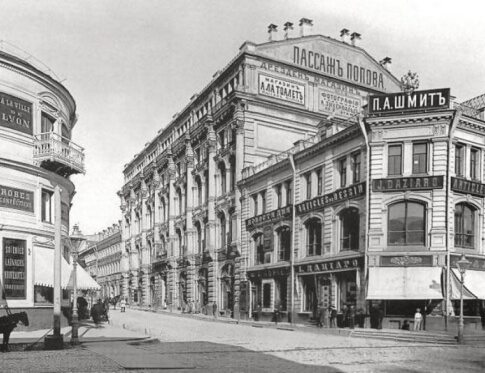